GianLupo participates in the Tour of Italy with Banca Mediolanum

GianLupo attended the dinners of the Italian Bicycle Tour of Italy promoted by Banca Mediolanum.

Gianlupo the magician and a colleaugue have entertained guests dinners with great success.

The nights in which he participated were Lugo, Modena, Bologna, Cuneo, Turin, Brescia, Pordenone and Trieste. 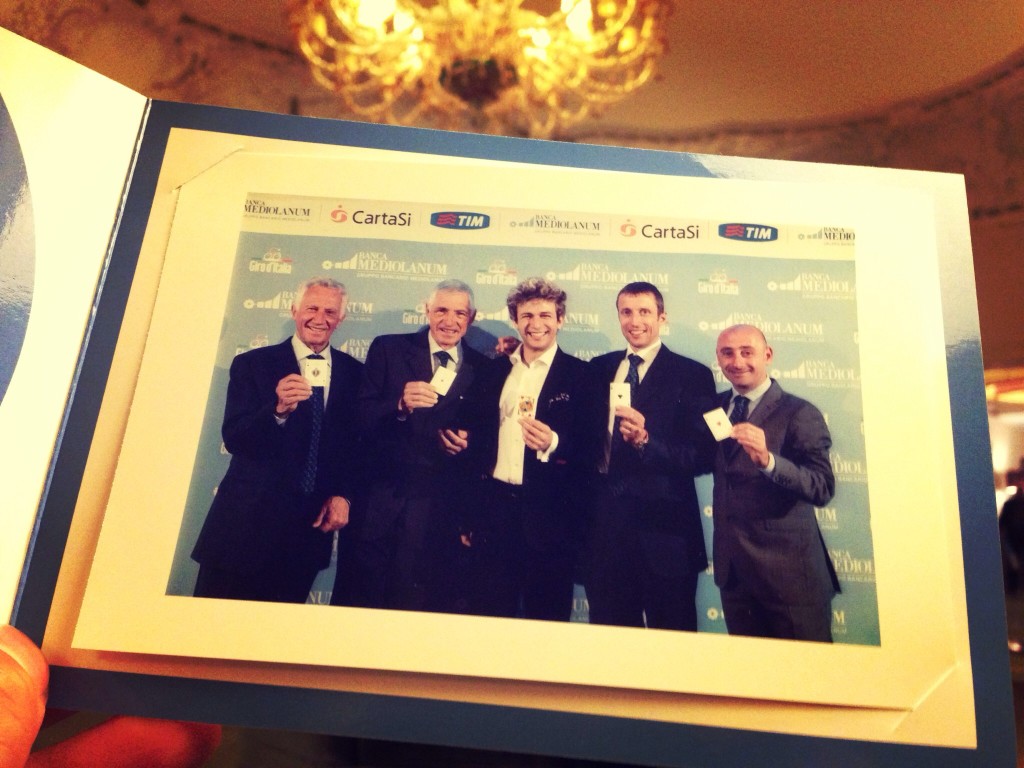 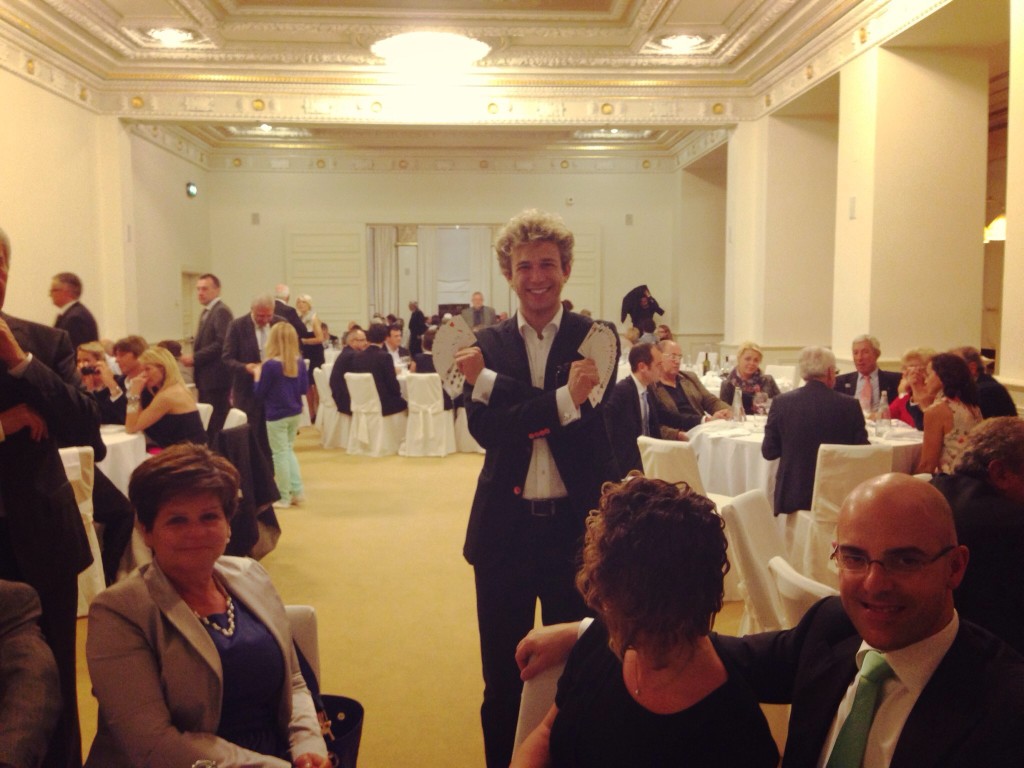 From the left we find along the GianLupo cycling champions: Gianni Motta, Francesco Moser, Maurizio Fondriest and Paolo Bettini.

The show has been customized for every event amazing the audience of the evening.